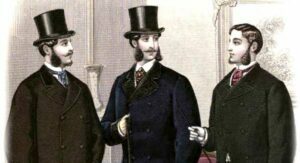 After a well-deserved summer vacation, Stichting Wetwinkel Amsterdam has reopened its doors to you. Just like before the vacations, our Wetwinkeliers are ready for all your legal question every Tuesday and Thursday from 19:00 to 20:30. Different from before the summer is this blog, here we will keep you up to date on what is happening in and around the Wetwinkel. This can be about what is happening at the consultation hour, what cases we have won, office visits that have taken place and, of course, information about developments in the law. Despite being closed for the summer vacation, we have not been idle:

Overdue rent?
In February 2022, during our consultation hour, we had just 18-year-old Neil visit us. Just flown in from India this summer to study here at the UvA. He had arranged accommodation from India via Kamernet and therefore did not know what to expect. Once in the room, there appeared to be some minor defects; a window that did not close properly, a heater that did not work properly and leaking pipes. Despite multiple inquiries to the landlord, help was not forthcoming to the client’s great frustration. After quite a bit of Whatsapp contact about the defects, among other things, the landlord and client came to the conclusion that things could no longer go on like this. Through Whatsapp they agreed that client would leave the room in November. No sooner said than done, client left the room on November 21, 2021.

Yet it turned out that did not mark the end of client’s adventure. Indeed, in March, Neil’s former landlord claimed the rent for the months of December, January and February, around: €2200.00 euros. As it turned out, client was still registered at his old address until February so the landlord thought he could still claim some rent. After consulting with our supervising lawyers, we were able to tell Neil that what the landlord was trying to do would have no chance of success in court. It was abundantly clear to us that the tenant and the landlord had come to a joint termination of the lease so that further notice was not required (7:271(8) BW). In addition, the client was no longer using the leased property.

Funnily enough, this eventually led to a lawsuit and we were expected at the subdistrict court on August 26. Good to know is that you are not required to hire a lawyer at the subdistrict court, and you may have yourself represented by someone from the Wetwinkel, which we ended up doing for Neil. During the hearing it became clear fairly quickly that judge would reject the landlord’s claim and fortunately Neil was not ordered to pay €2200.00 euros. A nice victory for the Wetwinkel and of course even nicer for client.

Serving two gentlemen
A tenant of a room had turned to the Wetwinkel. Through an advertisement he had responded to a room from a landlord, upon which a third party approached him to further arrange the rental. After this third party arranged the room for our client, the client received a bill for €544.50 in service charges/mediation fees on his doormat. Normally it is allowed to charge such mediation fees, only in this case this third party also worked for the landlord. This third party claimed mediation costs from both the landlord and the tenant and according to the law a third party is not allowed to mediate for both the landlord and the tenant (art. 7:417 paragraph 4 in conjunction with 7:427 BW). Our client refused to pay the mediation fees and was subsequently sued by this third party. Eventually it took two rounds of written subpoenas before the judge ruled in August that there was indeed serving two gentlemen, and ruled that our client did not have to pay anything!

Office visits Certa
In addition to consultation hours and court visits, the Law Clinic fortunately keeps itself busy with other (fun) things. Certa had invited us to visit their office. Certa has been a loyal sponsor of the Wetwinkel for years and one of its partners, Rogier Visser, a loyal supporter. During the office visit, all our questions about rental law were answered by Lisanne Hennik. In addition, we were told all about how to become and stay a lawyer by Werner Altenaar. The instructive afternoon was of course concluded with a nice drink.

This was the blog again for this month, hopefully until the next one!